48. Overtreatment is one of healthcare’s greatest challenges. In many cases no treatment is much better than treatment.

Shannon Brownlee, Senior Vice President, Lown Institute, and author, Overtreated: Why Too Much Medicine is Making Us Sicker and Poorer 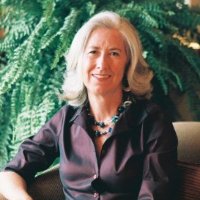 When Congress passed the Medicare Act in 1965, it was the culmination of one of the most bitter, divisive, and drawn-out battles in congressional history. In 1965, only half of the more than 13 million Americans over the age of 65 had any form of health insurance. Two-thirds had incomes of less than $1,000 a year—a third less than the rest of the population—and many older Americans were living and dying without benefit of any medical care at all. Yet the American Medical Association (AMA would spend $50 million over a decade campaigning against what it called at various points a “dangerous device, invented in Germany,” a “communist plot,” and “socialized medicine.” Together with the hospital and insurance industries, the AMA successfully fought off legislation until the 1964 elections brought a majority Democratic Congress and President Lyndon Johnson into office. 1

Today, Medicare is rightly seen by many as one of the greatest social programs of the twentieth century, and a cornerstone of Johnson’s “Great Society.” It made healthcare available to millions of elderly citizens, spurred the desegregation of hospitals in the South, and brought down infant mortality rates. Medicare and its sister program Medicaid, which covers the disabled as well as poor children and pregnant women, together provide health insurance coverage to more than 80 million Americans.

Yet the ugly political battles that led to Medicare’s passage, and the compromises made to appease private insurers, hospitals, and the AMA, opened the door to the creation of a massive “medical industrial complex,” in the words of Arnold Relman, former editor of the New England Journal of Medicine. Before the bill’s passage, the AMA worried that Medicare would hurt physician incomes; in the decades following, physician incomes would soar, and Medicare would help fuel a booming expansion of hospitals and medical manufacturing.

The decades-long fight for Medicare also colored the lens through which Americans have viewed healthcare for the last 50 years. The 1965 legislation covered the elderly and poor children, but it left millions of Americans out in the cold. The persistent problem of inadequate access to care (which Obamacare has only partly remedied) and the specter of rationing has loomed large in the public’s mind. Americans have believed there’s no such thing as too much health insurance, and by extension, too much medical treatment.

Today, thankfully, there is growing recognition that there is another side to the healthcare coin; the rampant overuse, or the delivery of unnecessary care, that is harming patients, devastating families, and draining the nation’s collective pocketbook. The most conservative estimate of how much money we waste on unnecessary tests, procedures, hospitalizations, doctor visits and surgeries is more than $200 billion a year. 2 Some researchers and physicians think it’s closer to $900 billion, or nearly a third of total annual spending.

Overuse is both expensive and pervasive. It happens in every site of care, from the hospital to the nursing home to the doctor’s office, and in every field of medicine. One-third of imaging tests, like CT scans, done on children are unnecessary. About a third of knee replacements are done on “inappropriate” patients, or people who could have had their arthritis pain treated in a less expensive, invasive, and safer manner.3 As many as half of antibiotic prescriptions should not have been written, 4 and contribute to antibiotic resistance as well as high rates of asthma and other chronic illnesses. In some hospitals, nearly 1 in 5 patients with terminal cancer get CPR, a feeding tube, or are put on a ventilator, a special form of torture at the end of life that runs counter to the preferences of many patients and the standard of care established by cancer doctors. 5 In the words of Steve Smith, a wise family practice doctor, “Overuse is in the air we breathe.” It is baked into the culture of medicine and into public attitudes about what should be expected from medical treatment.

Overtreatment causes real harm to patients. A 42-year-old woman I know, who was having panic attacks, went to the emergency room, where she told the doctor that’s what she thought she had. Her chest was tight, she was breathing rapidly, and in an abundance of caution, the physician gave her a workup for a heart attack. He found nothing wrong and sent her home with instructions to see her primary care doctor. Instead of listening to her concerns about a panic attack, her primary care doctor sent her to a cardiologist, who also tested her thoroughly, and found nothing wrong. Nevertheless, he scheduled her for a catheterization, a procedure that allows the physician to inject dye into the coronary arteries using a thin catheter, allowing the doctor to look for artery-clogging plaques. Her arteries were perfectly clear, but while the cardiologist was removing the catheter, he perforated her artery. She went into cardiac arrest and had to be resuscitated seven times. Now, the woman really does have heart disease. Only in her forties, she can no longer climb stairs, or walk her dog, or work.

A host of causes lie behind overuse, including demands from patients and defensive medicine, but these are by no means the most important drivers. Overuse also results from marketing messages from the pharmaceutical industry, which bombard doctors and patients alike; a lack of valid medical science; the way doctors and other healthcare professionals are trained; and ironically, many of the policy fixes implemented by both Medicare and private insurers over the last 50 years to curb healthcare spending.

For example, primary care doctors are increasingly rewarded financially for adhering to a long list of so-called “quality” metrics. Unfortunately for patients, these metrics often bear no relationship to improving health. Quality standards for caring for elderly diabetics, for instance, can lead to excessive and potentially harmful control of blood sugar. Another fix for spending that has had perverse effects are Medicare benefits that pay for hospice and skilled nursing facilities (SNFs). Such benefits were intended to encourage the use of lower-cost, non-hospital-based services. In many parts of the country, the use of SNFs and hospice is associated with more hospitalization not less. 6

The result of these and other federal and local policies, and the money that has been pumped into healthcare, has been the creation of a massive, hospital-based, technology-heavy, specialist-centric healthcare system, with comparatively little investment in community-based primary care. We have not built the infrastructure that is needed to deliver the “high touch” care that could allow many more elderly people to age in place in their homes. We waste billions on useless or unwanted hospital care for the chronically ill, while failing to provide community-based primary care that has been shown to improve health. 7 We have too many specialists and too few primary care doctors—in part because our teaching hospitals make more money when they train more specialists.

This runs counter to the best models in other high-income countries, where primary care forms the bedrock of healthcare. In America, hospital services are what the medical industrial complex has been built to offer, and that’s what it delivers. Highly invasive acute, or “rescue” care is the job for which young doctors and nurses are trained. Not surprisingly, the U.S. has some of the best, if not the best acute care in the world. If you are going to be shot or get in a car accident, do it here. But acute care is often not what chronically ill patients or the elderly need.

Probably the most powerful incentive to deliver unnecessary care is the way most hospitals and doctors are paid. Called “volume-based” reimbursement, they are rewarded for delivering more medical services, not for delivering the right care or helping patients be as healthy as possible. Shifting from volume-based payment models to salaried physicians, and imposing global budgets on hospitals will not be easy, and many healthcare providers will resist it as long as they can.

Market fundamentalists have concluded that the solution to our healthcare woes can be found in less government regulation. They believe that Adam Smith’s invisible hand can provide the fix. Let the elderly and the poor buy private insurance; for those who are too poor, provide a “defined benefit.” But this is no solution. The healthcare that is paid for through private insurance is no better organized than healthcare purchased through Medicare. A truly free market would take us back to 1964.

Today, rising costs will soon force us all to face an historic choice. Do we believe as a nation that healthcare is a common good, or just another business? If we believe that the pursuit of health is as much a right as the pursuit of happiness, and that a healthy nation is in our collective interest, then we must stop treating healthcare as a commodity and begin the shift toward a community-based, primary care-based delivery system. Every American should have adequate access to healthcare. Every community should have sufficient primary care and home-based services. The healthcare industry, which includes hospitals along with drug and device manufacturers, should not be permitted to treat patients like ATM machines. Accomplishing all of this will require public investment and a massive redirection of money and resources.

Such change is not something the 3-trillion-dollar behemoth that is U.S. healthcare will readily accept, and it will take enormous political will to make it happen. That’s why we founded the RightCare Alliance, a growing movement of healthcare professionals, patient and community activists who know that the necessary will for such momentous change has to come from huge numbers of voters. The poor have always seen the inadequacies of the current system. Now even middle-class and affluent baby boomers with aging and dying parents are experiencing firsthand its failures and its costs. Let’s hope self-interest compels us all to begin advocating, and soon, for a better system.