49. A system that profits more from people with “problems” than those without, default set at “treat more”, is destined to collapse. 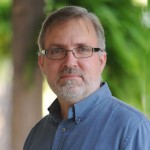 “Daddy?”
“Yes, Jonathan?”
“Sometimes my leg hurts.”
“Yes?”
“Why does it hurt?”
“Uh, that’s a tough question. Does it hurt a lot?”
“No, just every once in a while.”
“OK, and where does it hurt.”
He gives an expression of disbelief at the stupidity of the question. ”My leg!”
“Where on your leg?”
“I don’t know,” patience now growing thin. ”I just want to know what’s causing it.”
“Well, Jonathan, it doesn’t work that way. My main job is to make sure there is nothing bad going on, and then to make a person feel better. If the problem a person has is not a danger to them or is not causing trouble, we usually don’t know the cause. It’s certainly nothing serious.”

By this point I had lost. I had lost his interest in the subject, and, more significantly, I had lost his faith in me as a doctor. He is our concrete thinker, an industrial engineer with a degree from Georgia Tech. He didn’t want to understand the subtleties of practicing medicine; he just wanted answers. My lack of answers was a big mark against me.

It turns out that Jonathan is not alone in this. People come to me for answers, and my profession pitches doctors as the ones with answers. We fix problems.

This, of course, is not true – a fact that I have come to see as a core problem in the practice of medicine in America, and a reality that (as everything seems to do) comes largely from the way we pay for medicine. We are paid to fix problems. How do we fix problems? With procedures.
The best evidence for this are the things at the heart of healthcare: codes. There are three types of codes that dominate the financial and clinical lives of anyone in healthcare:
• ICD codes – Codes for medical problems
• CPT codes – Codes for medical procedures
• E/M codes – Codes used by doctors who don’t do procedures so they can get paid for office visits.

What this encourages from the medical profession is predictable: lots of problems treated by lots of procedures. This is good for doctors who do procedures, especially ones that are cutting-edge (like robotic surgery) or ones that seem particularly dramatic and/or heroic (open heart surgery, heart stents). These are the things the headline consuming public is most hungry for. Just like it grabs more headlines to catch a terrorist plot just before it has its horrible effect than to prevent it early in the process, it’s a lot sexier to do a procedure to treat heart disease than to simply prevent the disease in the first place. Which is the better outcome? Preventing heart disease. Which is paid more? Not even close.

The Problem with Problems

A subtler (and perhaps more significant) effect of this mindset is the way in which everything is labeled as “problems” or “diseases.” “Diseaseification” is a recent term describing how things like obesity, attention deficit disorder, and autism-spectrum disorders – things that previously were considered a person’s traits – are now being now classified as diseases. While some look at this as an effort to escape blame for behavior (a sociological phenomenon many lament), in healthcare the reason for this is much more basic: money. Without an ICD code to identify the “problem,” there can be no pairing with procedure codes, and hence no payment.

There is pressure now to respond to each “problem” with a procedure, or at least a thing to eliminate it as a problem. Examples:
• Sinus infections are routinely treated with antibiotics despite no evidence that it actually helps. Having marketed our profession as problem-fixers, we are met with patients expecting a fix to their problem. They are disappointed (and even angry) when we don’t “do something” for a “problem” that will resolve on its own, even if the intervention probably causes more harm than benefit. Problem: sinusitis. Procedure: antibiotic. Check.
• Cholesterol treatment is another example of this. High cholesterol, be it LDL, Total, or Triglyceride is seen as a “problem,” even in people who are not at risk for heart disease. I’ve seen many low-risk patients come to my practice on cholesterol medication that does little more than improve their numbers. The evidence shows that certain high-risk people benefit from being on certain medications which lower the cholesterol. For folks outside of those high-risk groups, the medications simply make numbers look better (at best) and potentially harm them (at worst). Problem: High Cholesterol. Procedure: Cholesterol drug. Check.
• Depression and anxiety are normal emotions. Life is painful and unsure. There only are two ways to avoid these emotions: die or get stoned. My personal experience (some fairly recent) is that the times of life most marked by anxiety and depression are accompanied by significant personal growth. Before everyone gets mad at me for saying these aren’t diseases, I must add that there are cases of both of these emotions that are terribly destructive and potentially fatal if not treated. But we physicians have lowered the price of admission to treatment, including people going through hard times as those who have clinical depression. Responding to TV ads about “that pill that will make me happy,” we are met with patients expecting us to “fix their problem” – a problem that is not really a problem; it’s life. Problem: Anxious and Depressed People. Procedure: Medication. Check.

There is an alternative to this mindset. Instead of looking for the problem/procedure pairing, our system could focus on something more basic (and far less expensive): risk.
When someone comes to my office with chest pain, my thoughts do not go to the question: “what is going on?” A more important problem comes first: “is this a dangerous situation?” I want to know if the person is ready to die from a heart attack or other serious problem. This is true in nearly every decision I make as a doctor when faced with a condition. Could that cough be latent lung cancer? Could that headache be a brain tumor? Could the depressed man kill himself?

Risk-reduction also rules how I approach disease. I treat cholesterol and hypertension, not because they themselves are problems, but because they can lead to heart disease, stroke, and other problems. High cholesterol is not, in my opinion, a “disease” for most people; it is a risk factor. I treat diabetes mainly to prevent the complications. Do I care if a 90 year-old has an A1c of 8? No way. It doesn’t increase their risk enough to matter.

This does not mean we approach “prevention” like the system presently does: throwing procedures at it. The healthcare system doesn’t reward having healthy patients, it rewards doing procedures reported to prevent problems. Yet the system is not addressing the true goal of prevention: risk reduction. We are “rewarded” by ordering tests, whether or not they reduce risk. PSA testing is a perfect example of this, as are many other misguided attempts to treat prevention as another problem to fix with a procedure.

The problem with this, of course, is that it far more to the financial benefit of doctors (and drug companies) for us to address every problem and show we are giving “good care” by checking off the box next to each problem. In the bigger picture, risk-reduction makes the jobs of future cardiovascular surgeons (and drug companies) much less secure. It attacks the revenue stream of most doctors and hospitals (and drug companies) right where it counts: you can’t make nearly as much money off of healthy people as you can people with “problems.”

This is why, I believe, any system that profits more from people with “problems” than those without is destined to collapse. Our system is opposed to the goal of every person I see: to stay healthy and stay on as few drugs, have as few procedures, and avoid as many doctors (and drug companies) as possible.