21. All feedback has utility. Whether the news is good or bad, opinions become known, and becomes a source for improvement and competitiveness. 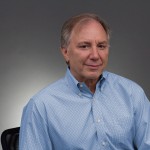 Relationships are changing quickly due to ubiquitous connectivity, and we’re finding they are related to outcomes.

Back in 2007, collecting doctor reviews wasn’t just met with skepticism. It was greeted with downright outrage. Some doctors resorted to gag orders, while others filed lawsuits.

The backlash against doctor reviews – which still flares up from time to time – smacks of a certain paternalism that has made patients feel alienated from a system that’s sworn to care for them.

Doctors argue that consumers have no way to judge the precision of a procedure or variables affecting outcomes. There’s some truth to that claim. A patient may never be able to assess how well a surgeon performs a stent surgery. In fact, quantitative metrics do a better job providing that information.

But bedside manner and patient confidence levels are a different matter entirely.

Personal experience has always been a valid indicator of quality in its own right. Companies regularly require potential employees to provide references. Politicians rely on the power of endorsements. Feedback on physicians also holds certain truths to would-be patients.

Of course, by their very nature, reviews are subjective. But reviews can be aggregated, allowing the sum total of their opinion to take on a more objective quality. It’s often called the “wisdom of crowds” or statistical sampling. One or two reviews or comments can be outliers, colored or emotional. But gather more than a dozen reviews, and broadly held truths emerge. In other words, opinions become empirical in aggregate.

The collection of patient reviews represented one of the first power shifts to disrupt the traditional hierarchy structure of medicine. Consider this: Patient records are kept not by the patient, but at the doctor’s office and can be hard to access. Medical data is rife with jargon that is frequently incomprehensible to the average reader.

But with the power of the computer, crowds step into a central role. Entire communities have cropped up to offer support and medical advice to caregivers and patients with chronic conditions, cancer and other debilitating diseases. They swap stories on the effectiveness of drugs, help people locate clinical trials and even suggest lifestyle changes that can improve their prognosis.

As collective knowledge is shared, consumers become empowered – and more demanding – resulting in a viable health care marketplace, one that rewards and punishes based on the same merits as other industries. More and more, patients today want to know: Did I get a good product? Did it work as it was supposed to? Was I satisfied with the results?

Of course, these days feedback to patients is also digital. Huge terabytes of data are helping people live healthier. And technology can build the links between one’s everyday life and medical advice and care teams.

For instance, data feedback from tracking apps and wearables raise people’s understanding of their health status and encourage behavior changes. Group feedback from others in app environments gives people the motivation to stick with healthy behaviors. Many apps allow friends to comment on progress, reinforcing those behavior changes.

But while most people today track weight, nutrition or exercise, the apps of tomorrow will allow people to measure ever more detailed vitals. This information will eventually integrate with patient’s electronic health records, allowing doctors and patients to collaborate on treatment plans based on real-time data from the patient’s everyday life.

Yet, feedback isn’t just a change agent for consumers. It also affects doctors. In part, medicine has always relied on apprentice-style mentoring to train doctors in the workplace, from junior doctor to consultant. Yet, too often, doctors adopt the treatment standards of their mentors at a clinic or hospital without question.

This leads to medicine being practiced in significantly different ways across the different parts of the U.S., which in turn creates huge cost variations across various parts of the country and disparities in value of care. In fact, costs and quality vary most when research says little on the safest and most effective form of care.

But the availability of clinical feedback and data can standardize care, reduce costs and improve outcomes. In fact, one study showed that when doctors were aware of a median volume of x-rays ordered by their peers, their use of testing either increased or decreased to fall in line with the norm.

In the end, the feedback loop created by both crowds and computers is enabling everyone to actively participate in the betterment of the system. It increases competition among providers, creates engaged, empowered consumers who can manage their care, and helps doctors practice better, more affordable care.

Now, who can argue with that?