14. Individual's right to know the cost of care

Jim Millaway, President and Innovation Lead at The Zero Card, benefits consultant, and Chairman of the Board of WellOk (the Northeast Oklahoma Business Group on Health and a member organization of the National Business Coalition on Health). 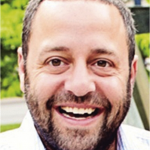 Individuals have the right to know how much care will cost before receiving care, both out of pocket and covered. When there is unpredictable complexity (not caused by medical error which shouldn’t be charged for at all), individuals should be informed of the most likely ranges.

Generally everyone I know is a pretty price conscious consumer, there really isn't anything on earth that we buy where price is a total unknown at the time of purchase. But there is one big exception to that rule: healthcare.

Healthcare has long been disconnected from market forces and a result prices just keep going up. We have built a healthcare system so flawed by design that we can’t reasonably expect anyone to be a consumer. Supposed experts like to talk about patients having “skin in the game” and “consumer directed health plans” but that’s all near-impossible for consumers given the lack of information available to them.

In 2014, my oldest child, Jimmy, was diagnosed with recurrent juvenile parotitis. It sounds scary but it is really pretty boring in a long term sense (please don’t tell my wife I said that). Maybe 2 or 3 times a year, Jimmy has severe inflammation of his salivary glands and it can be extremely painful for my little guy but after a few days it goes away and eventually it will disappear altogether. When he was first diagnosed by our pediatrician, whom my wife and I love very much, the office staff asked if we could run across the street to the hospital to get an ultrasound of Jimmy’s jaw just to be safe (PRO TIP: “run across the street to the hospital” or “just walk down the hall” are generally the most expensive pieces of advice you could ever receive). The exchange went something like this:

ME: Hospital? We can’t possibly go to the hospital for an ultrasound. I can’t even imagine what that would cost.
NURSE: What do you want to do?
ME: Call the imaging center down the street but whatever you do don’t tell them I have insurance.

You see there is the whole world of cash-based healthcare but you have to know about it to even ask for it and even then you have to feel comfortable challenging the typical pattern. The healthcare system in the U.S. is designed to get every patient to the most expensive setting as quickly as possible. If you don’t believe me then just google “referral leakage” and have a look at how many people are making sure you, the consumer, don’t direct anything. Our healthcare system doesn't like anything being directed by the consumer and in my case our 3 year old in pain was plenty of “skin in the game” for both me and my wife.

I actually ended up paying $125 for that ultrasound. Afterwards I called the hospital just to see what how much it would have cost and how painful I could make my day. After 4 phone calls, half a dozen transfers and around 45 minutes later, I found out the hospital could have done that same ultrasound for around $900. But there was still a catch, that $900 was only an estimate and that was for the ultrasound only. I would need to call the radiology department to find out what they would charge to actually read that ultrasound. Needless to say I gave up at that point.
But, in fact, that is the point. The system wants everyone to give up. The system is designed on people giving up. The system is rewarded handsomely when people give up. We give up when we may pay an extra $775 for an ultrasound or maybe even an extra $50,000 for a knee replacement. Pricing is opaque by design, if you knew the cost and quality of the medical care you were receiving you might actually choose to take your business elsewhere.

I realize price is not the only factor in a healthcare decision and a lot of the time it’s crazy to expect a patient to shop around but the data shows that 43% of healthcare services are shoppable. Price transparency won’t fix everything but it certainly won’t hurt.

Every patient, every parent, every spouse, every child, every caregiver has the right to know what things cost ahead of time. Unfortunately you will probably have to demand it.

If our healthcare system really felt like it had an obligation to “first, do no harm” then it would consider the devastating economic effects of just sending you down the hall.