23. Assessing community health needs and adopting strategies to address those needs will provide hospitals with a valuable opportunity to partner with community partners to identify strategies for improving health, quality of life, and the community’s vitality. 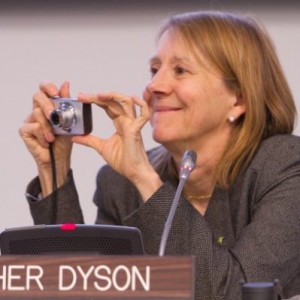 Don't rent your health. Invest in it!

Health is an asset; it's something that provides benefits over time. Speaking economically, some assets generate revenues. Others, like health, mostly support other assets or increase productivity and efficiency. health's most visible economic impact is reducing costs, but it also indirectly generates value, including the work product of more productive employees, and ultimately real estate prices and all the benefits that accrue from a population that is active and capable rather than sick, depressed and lethargic.

So let's talk about how health works. It's not simply the absence of disease, but resilience: an active capacity to grow stronger under stress rather than succumb to it. When a healthy person undergoes stress, physical or mental, that person usually reacts by growing stronger. The mind learns to handle problems and gains confidence from overcoming them; the body grows muscle or acquires immunity. (And when I swim in a freezing pool – well, it must have been below 70 degrees this morning – it feels horrible at first, but afterwards I'm invigorated and feisty.)

But too much stress – continual negative interactions with other people, daily doses of sugar that tax the metabolism, inadequate nutrition, lack of restorative sleep, prolonged exposure to noise, mold, or other toxic substances, constant fear or danger – erodes health. It destroys the asset.

Financially, it costs far less to maintain and build that health asset than it does to recover it when it's lost. But as for most assets, the production of health is not cost-free. It requires healthy food, places to exercise (healthy stress!), preventive care, good parenting, and schooling that fosters health (among other things). All these things need to be available and affordable, in terms of both money and time.

But even though investing in health generates, uh, «healthy» returns, there are challenges. The individual who holds the health asset is not solely responsible for or even capable of creating it. In most ways, the community, not the individual, is the key to the production of health.

Meanwhile, the institutions and communities that pay for the asset are not the ones who reap the direct returns; those benefits go to individuals and employers...... Yes, overall, taxpayers and employers do benefit – from economic development due to a less sick, more productive workforce, from reduced healthcare costs, even from reduced crime by people under stress or suffering from substance abuse. But government and employers are not monolithic or patient: Employees move around so that the return on the investment by your first employer may be reaped by your last. The money spent on a transit system that gets people to the grocery or the doctor is not reimbursed by the health system that saves on care costs years later.

And finally, the (indirect) destruction of health can be very profitable, both short-term and long-term. Just look at all the companies selling cigarettes, unhealthy food, alcohol and short-term remedies for poor physical and mental health.

Our challenge as a society (and more specifically for my project the Wellville Accelerator) is how to make the production of health, rather than its erosion, profitable.

That requires what has been missing until recently – good enough data to predict costs accurately, and thereby measure the cost savings produced by the health asset, i.e the return on the early investment in health. ...and enough confidence in those numbers to trust in them long-term.

For example, take the whole issue of diabetes. Preventing it requires affordable healthy food, primarily – both in schools and in neighborhood restaurants and groceries – along with a culture that allows enough time for cooking, values eating with the family, favors fruits and vegetables over sweets and sodas.... Yes, there's also a market for specific diabetes prevention services such as the YMCA's program and Omada's Prevention (I'm an investor) and diabetes treatment to mitigate the impact for those who do have diabetes. In general, the earlier in the cycle, the harder it is to properly attribute both the investments (such as SNAP benefits for healthy produce) and the externalities (the harm done by cigarettes, which should actually be added to the costs of producing them in a long-term economic analysis).

How can we make those financial benefits flow properly? Should we tax soda, as they're doing in Mexico? One thing we're hoping to do with the Way to Wellville is to subsidize healthy food via SNAP dollars and other local initiatives as collective action. But perhaps one day we'll do it as «government interference» – perhaps with Medicaid dollars. When you consider that treatment for a diabetic (before amputations, blindness and other complications) is $16,000 a year – which amounts to about $40 a day, or ample funds to add healthy food to a diet (especially if you eliminate the soda and French fries budget).

One approach is pay-for-success contracts, where the benefiting party, usually whoever pays for health-recovery (i.e. «care») costs, pays some share of the benefits – i.e. the cost reductions - back to the investor. Both parties, the payer (a government representing taxpayers or an insurer, typically) and the investor (a fund or a social impact investor or a philanthropist, typically) share in the financial rewards. Or is there a way to put some of the indirect costs back into prices, as we already do with alcohol and tobacco? Should we subsidize healthy food just as we subsidize education and other public infrastructure?

It's worth figuring this out. The people whose health is invested in (by society and by themselves) get to lead more productive, active lives, unencumbered by disease and the poverty and dysfunction that often result from (and in) a lack of health. Just as social determinants affect health [can cite stats if you want] so does health affect the social environment: stronger families with effective parents, reduced crime, reduced stress.... overall, more support for the pursuit of happiness that is the American birthright.