5. Evidence-Based understanding of what works 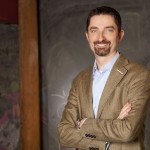 If we’re going to talk about evidence-based understanding in the context of a reinvented and redefined health system, we need to first reassess what we mean by evidence, and redefine how we understand it.

When most people think of medical evidence, they think of carefully controlled studies in peer-reviewed journals. The “pyramid of evidence” runs from animal studies and editorials through case series and clinical trials, all the way up to systematic meta-analysis. There’s an emphasis on clinical trials, and it’s strong. But the pyramid reflects a very black and white view of the world—good quality evidence exists, or it does not.

In reality, the evidence we rely on to practice medicine every day is a lot more ambiguous, and grey. Physicians and patients make crucial decisions on the basis of limited evidence and incomplete records. They do so for comorbid or “hard to reach” populations that never take part in research in the first place.

This leads to all kinds of problems, not necessarily with the evidence itself but with its relevance in the real world. A good example of this was when my brother Stephen’s ALS progressed to the point where he needed a ventilator to breathe. Stephen was uncomfortable with the settings, which had him breathing fairly quick, shallow breaths. We suggested to the physician that we switch to a higher pressure that would help Stephen breathe more slowly and deeply, and reduce his anxiety. The physician cited a study supporting his setting recommendations that showed that elevated pressure could result in increased risks for lung problems. What the physician failed to note was that unlike my 35 year old healthy-lunged brother, the people in the study were on average more than twice his age, and most of them had COPD. Once we pointed this out, we set Stephen’s ventilator at a level that was comfortable for him. Sadly this was not recorded anywhere and his higher quality of life living on a ventilator remains an anecdote rather than evidence that could help other ALS patients.

There can be more fundamental problems, too. When Stephen was diagnosed, my family founded a non-profit biotech lab called ALSTDI that attempted to replicate the entire pyramid of evidence supporting all the clinical trials that had been done to date. It became apparent that the evidence was less like a pyramid and more like a house of cards. The animal research at the base relied on samples whose size and quality were constrained by funding allocations. Although papers were published in peer-reviewed journals, the added lifespan of SOD1 ALS disease model mice never once translated into improvements for human beings.

The truth is that most patients don’t participate in clinical trials, and most data are not generated in controlled experiments. Even when they are, they are different than real world experiences. This reality compels a fundamental rethinking, one in which we acknowledge the grey areas but turn to technology to provide clarity, definition and a patient-first approach. The network my family built after ALSTDI, PatientsLikeMe, has made strides engaging patients in understanding what’s important to measure, how to get better care, what’s working and what’s not. Now devices, including mobile phones that rival the most advanced sensors from only a decade ago, can help people better measure their health and outcomes. A world of data collected by the patient for the patient can give us both personal and global level views of the many factors that may interfere with optimizing the human condition and living the best life possible.

We recently conducted a Fitbit study with Biogen that showed how people living with multiple sclerosis (MS) can use Fitbits to collect and share their mobility data. This kind of test is in stark contrast to the traditional, clinical trial model, which measures mobility by having the patient walk 25 measured feet down a flat hospital corridor three times. There are two problems with this kind of test: the results represent about 0.1% of the population living with MS. And the real world is not a flat hospital corridor.

In our study, the results were imperfect, but powerful. There were more grey areas as we analyzed the data. But there was one crucial difference: we weren’t just performing research on these patients, we were doing it with them, in their world. Over the course of the study we had hundreds of interactions with our members as they learned how to use the technology, started syncing the devices with their PatientsLikeMe profiles, and walked through their normal day. They crowdsourced tips and encouraged each other to increase their step count every day. Once they realized the power of self-measurement and improved self-management, several of them even managed to lose weight, with subsequent benefits for managing their condition.

Sometimes what we learn is simple but even more profound. My favorite example of this comes from one of our members, Letitia. She had been living with epilepsy for decades under the care of a general neurologist until she connected with people on our website and learned that there was a type of specialist called an epileptologist. Letitia found one in her area, and he ran tests and recommended a potentially curative surgery that her original doctor never told her about. Letitia looked on the site, and the data showed that those patients who had had the same surgery in the last ten years had seen significant improvement. Armed with that shared experience, Letitia decided to go through with the operation. In the three years since she hasn’t had a single seizure. Letitia’s example shows that patients don’t just need evidence from medical journals. They need evidence that leaps off the page and helps them do something to improve their condition.

We’re learning more every day about how to define and compute the right data, and how to enable patients to make it more meaningful for themselves. Through remote measurement and more shared infrastructure for records, we’re increasing the opportunity to deliver care in any environment. When you take medicine and measurement out into the real world and put them into the hands of patients, you have the opportunity to unleash their potential and support patients as they retool, and rebuild, their own futures.

In the future, a patient living with epilepsy won’t be dependent on a small control group to manage outcomes. Her bed will monitor how she slept and will wake her at the optimal time. A program in the bathroom mirror will ask if she’s driving to work, and calculate the ideal time to avoid the stress of traffic. An electronic tattoo, invisible under her hair, will be on constant lookout for any indications of a potential seizure. Data from all of these sources will merge with data reported by other epilepsy patients and instructions will be sent to her pill dispensary to customize her treatments for the day. Her medicines will no longer indiscriminately carpet-bomb the condition but deliver a lower dose of carefully targeted drugs informed by continuous feedback loops from her sensors and by outcome data from similar patients who participated in open and pragmatic trials. As she walks out the door, her digital data will feed into other systems so that her care team can be alerted to issues, or her car can take over in the event she does have a seizure. Our patient of the future won’t spend time worrying about her epilepsy. She’ll be thinking about living the day ahead.

We’re just at the start of this project. We’re still sketching the blueprints of the new architecture of medicine. It’s up to us to build the framework and the infrastructure. But it’s real world evidence and patients who fill in the gaps in details that will get us ahead. Let’s leave the pyramids to the ancients, and aim much higher.

Benjamin Heywood is president and co-founder of PatientsLikeMe, a patient network that improves lives and a real-time research platform that advances medicine. He is responsible for setting the company vision to improve healthcare and accelerate research, while directing its business growth strategy.