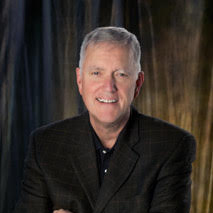 Tom Emerick is a consultant and frequent speaker on the topic of healthcare economics.

In 2009, Tom was named by Healthspottr as one of the top 100 innovators in healthcare in the U.S. for his work on medical ethics. In 2013 a Forbes.com article named Tom one of 13 “Unsung Heroes Changing Health Care Forever.”

Additionally Tom is a writer and hosts a well-read blog called Cracking Health Costs*, in which he has written over 600 articles dealing with population health. A book by the same title was published in 2013, which Forbes online called one of the most “disruptive” health books of 2013. The book, Cracking Health Costs, was an Amazon trade best seller.

Prior to starting his consulting career, Tom was with Walmart Stores, where his last position was Vice President, Global Benefit Design, which involved designing and managing benefits for over 1.3 million employees in the U.S., and over 300,000 internationally. For about six years, Tom also headed up Walmart’s Six Sigma and process improvement initiatives. Prior to Walmart, Tom had positions with Burger King Corporation, British Petroleum, and American Fidelity Assurance Company.

In the 1990’s, Tom pioneered the development of domestic “medical travel”. One example is Walmart’s health plans in partnership with the Mayo Clinic. That program is regarded today as one of the best examples of medical travel and is a model for many which have followed. That program resulted in much better quality care for many Walmart workers and significant cost savings for the plans.

In 2000 Tom was given the prestigious “Distinguished Former Student” award from the University of Central Oklahoma from which he has both BBA and MBA degrees.

Tom has served on a variety of boards, employer coalitions, and associations, including the board of the influential National Business Group on Health, the U. S. Chamber of Commerce Benefit Committee, and many others. Tom is also co-founder of Edison Health.

Learn more about Tom at http://crackinghealthcosts.com