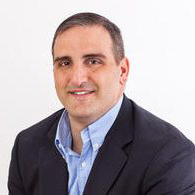 I started my career in benefits in 2007, right out of business school, naively thinking that employer based health plans were not based on insurance, but rather direct relationships with employers and medical providers. I learned quickly learned the realities of employer sponsored health plans while working at a carrier owned TPA from 2007 to 2012. After a brief stint as a small regional health plan, I worked in Managed Care at a Charleston, SC based hospital system from 2013 to 2017. My roles included managing a private label, local health plan in conjunction with a carrier, negotiating single case agreements, managing PPO contracts, analyzing reimbursements, and provider credentialing. After close to a decade in in the payer side and in managed care, in 2016 I decided to become an employer advocate for lowering the costs of their plans the costs and improving the experience for employees. I use my knowledge and background to design high performing plans and calming fears among employers around the perceived risks of alternative models for structuring a value based health plan. I am based out of Charleston, SC but consult with companies from around the country.