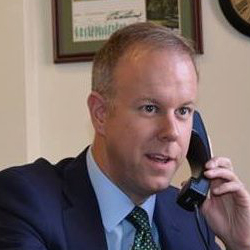 Joseph H. Deacon III is an employee benefits advisor and firm owner in Charleston, WV. His firm, Deacon & Deacon, works with employers in the mid-market space to deliver sustainable, high-quality employee benefit programs in the mid-Atlantic region. Joseph holds a degree in Managerial Economics from Hampden-Sydney College in Virginia. He is a four-term past president of the West Virginia Association of Health Underwriters, and served on an agent advisory board during the implementation of the Affordable Care Act in West Virginia. He has written numerous pieces for local and state media publications, and was featured on local Fox/CBS television on a weekly “Ask the Expert” segment in 2014 during the ACA implementation. He is a recipient of the West Virginia State Journal 40 under 40, and serves on the advisory board of The Salvation Army. Joseph enjoys golf, skiing, and spending time with his wife, Brett Michelle, and their three whippets (Kylie, Kyndal, and London).