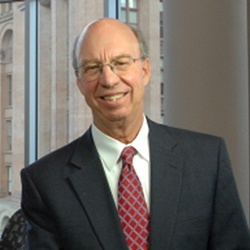 Serigraph Inc. Chairman and author of The Company That Solved Health Care and The Grassroots Health Care Revolution

John Torinus Jr. has worked as a journalist, entrepreneur, and business manager since leaving the U.S. Marine Corps, where he served as an artillery company commander. Torinus served 20 years as CEO of Serigraph Inc., a graphics parts manufacturer with ownership in five plants in the U.S. and Mexico. He continues as active chairman at Serigraph and a general partner in the Wisconsin Super Angel Fund. He has served as chairman of the Wisconsin Chapter of The Nature Conservancy, Competitive Wisconsin, the Wisconsin Taxpayers Alliance, and West Bend Friends of Sculpture.

He has written two books on the economics of health care and served on several task forces to reform health care delivery. He holds a baccalaureate in industrial administration from Yale and a master’s degree in international relations from the University of Stockholm. Torinus was a columnist for the Milwaukee Journal Sentinel, where he served as a business editor, and his hometown paper, the Daily News in West Bend, Wisconsin, where he served as editor and general manager for eleven years. His blog can be found at www.johntorinus.com.