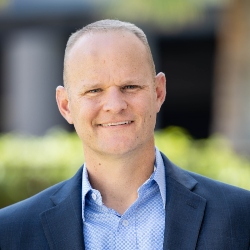 “Jentry’s goal in working with his clients is to think outside the box and look at all of the possibilities available in order to create a tailor-made solution. The greatest satsifaction of his job is when he is able to make a difference for the individual employee by helping them find a higher quality lower cost solution that drastically effects their overall outcome.

Jentry joined The Mahoney Group in July of 2004 during his final year of college at Arizona State University. He graduated from ASU with a Bachelors of Science in Management which has helped him in looking at health plans from a business owner’s perspective. Jentry continued his education in the insurance field and in February of 2010 he received his certificate of completion from the American College for the Registered Employee Benefits Consultant (REBC) Designation. In 2012 Jentry was invited to help assist in structuring and implementing employee health plans for multiple Tribal entities. From that time he has seen this unit of the business more than double as a result of his team’s efforts. As part of his commitment to the people he serves he completed the Tribal Human Resources Professional (THRP) designation in March of 2018.

Much of Jentry’s time outside of work is devoted to his community, church, family. Jentry and his wife were both raised in Mesa, Arizona and have 4 sons. Some of Jentry’s hobbies include reading, running, cycling and cooking/smoking.
“